Taxpayers have been stung with at least a $220,000 bill to relocate and monitor 150 western grey kangaroos from a housing development site in south Baldivis.

At one stage of the relocation nightly security patrols were undertaken to make sure fences around the kangaroos weren’t vandalised so as not to impact the relocation and stresses of the animals according to Baldivis MP Reece Whitby.

Community uproar against the culling of the kangaroos prompted the State Government to intervene earlier this year, however, a recently awarded contract to instead relocate them could top out at a quarter of a million dollars.

Shooters, Farmers and Fishers MLC Rick Mazza said spending up to $1666 a head on relocating the kangaroos was a waste of money.

Compounding that cost, Mr Whitby confirmed about 60 of the kangaroos died or were euthanised during the relocation effort.

“You’ve got to ask yourself if that is money well spent, because you move them to another location and you have issues with overpopulation in those areas already,” Mr Mazza said.

“It might be a feel good step for some people that we don’t have to euthanise them but all you’re doing is transporting the problem to another area.” 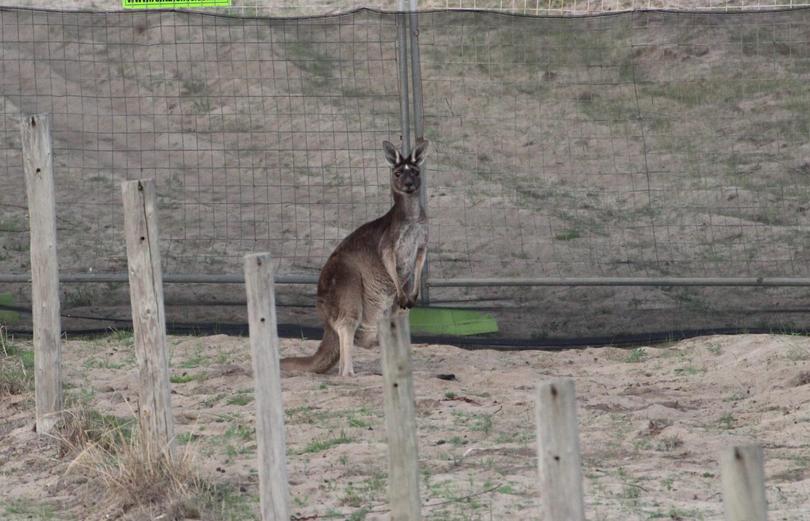 Mr Whitby said it had been a unique issue where kangaroos had not been able to be encouraged out of the proposed housing area because they were surrounded by other developments and major roads.

He said instead the marsupials were tranquillised and carted away on a mattress in a trailer to a nearby forest, but because kangaroos are highly prone to a condition known as capture myopathy, about 40 per cent died during the relocation operation or needed to be humanely euthanised by a veterinarian.

“It’s not a cheap exercise by any means but the alternative was to simply have them all culled on the spot and that wasn’t acceptable to the community,” Mr Whitby said.

“What we’ve done, is a scientific study built around this as well so it’s more than just relocation of kangaroos, it’s about getting data for the future because there was really no extensive study of what the results of relocating kangaroos have been in the past.”

Monitoring equipment was attached to 23 of the kangaroos to allow Department of Biodiversity, Conservation and Attractions scientists to monitor their behave in their new environment.

“The relocation and post-release monitoring project is the first of its kind in WA and, while the survival rate is disappointing, the outcome will help better inform the way we approach kangaroo issues in future,” Mr Whitby said.

Premier Mark McGowan weighs in on the Quokka emblem debate

Rebels OMCG bikie and three others charged with Rockingham extortion

Property sales down, but strong demand in several suburbs